Finally!! It was frustrating but I finally have Texas plates for my KIA and T@B. I think that makes me–officially–a Texas resident. 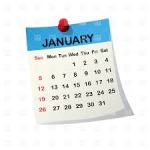 Around Rainbow’s End Escapee RV Park, folks talk about “Hanging up the keys” when they give up traveling. So I am adopting the expression to say “I’m hanging up my apron.” ~~ It’s 7:25 PM and I finished my last shift (in the CARE kitchen) about twelve minutes ago. ~~ I’m beginning a brand-new lifestyle for 2014. 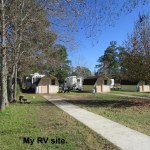 Long story (I’m not sure you want all the details). I had just returned from a trip to public scales to have the T@B weighed. Texas wants weight certification or picture of the “tag inside the door.” Because my T@B came from Germany, there is no “tag inside the door.” ~~ On my first visit to the Dept. of Motor Vehicles, I encountered numerous problems attempting to register the T@B. The clerk rejected the inspection paperwork, demanded weight, wants to see the title, etc., etc. Why? Because the T@B, from Germany, was titled–in Indiana–as a “home” (home made) trailer. The VIN (vehicle identification) number was issued in Indiana and inscribed on the tongue. ~~ Yesterday, I was able to register the KIA. Then I drove to the inspection station and asked if they could write new paperwork so the trailer inspection information corresponds to details on the title. “Yes.”

With the appropriate paperwork, the next challenge was weight. I unloaded several items (including two plastic containers full of clothes), hitched the KIA and T@B and drove to a place with “public scales.” The owner said they have never received a complaint about their non-certified documentation. (Lord knows how far I would need to drive to find a truck station with scales.) The original advertisement for the 2004 T@B says unladen weight is 1250 pounds. My laden weight was 1720. **If** I had off-loaded the composting toilet, and drained the five gallon water tank, I might have lightened the load by 100 pounds.  I doubt the license fee would be much lower if the weight was lower.

Back at CARE, I moved to the new site.  I shifted things from the former site to the new site. I borrowed a broom and swept the patio and sidewalk.  Here I am, twenty-four hours later, the vehicles are still hitched. If all goes well, I should be able to get the trailer licensed on Monday. It’s Friday; I’m actually “on call” and therefore on duty (with a few minutes to compose this message). When I have time (and energy) I’ll unhitch the vehicles.

There is a delay with delivery of my new (used) 5th-wheel trailer. I’m going to be extremely patient because it is well worth waiting for!! Minutes (or hours) prior to its delivery, I’ll move the T@B to the grassy area adjacent to my site.

My personal possessions will be delivered–from North Carolina–about the middle of January.

I officially become a “resident” of  CARE on January first (but my picture is already on the board). 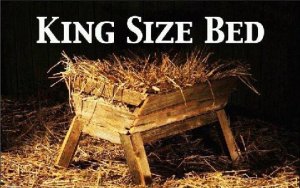 This will be my most enjoyable Christmas in decades!! There is no pleasure celebrating all alone; the holiday is commercially geared for families. It’s 8:45 AM and there are twenty people in the dining room enjoying breakfast–and socializing. We expect 80 to 85 for Christmas dinner. The dining room will be the center of lots of activity today.

Maybe one of the coldest nights of the year. Thick frost everywhere!! I made the mistake (earlier this morning) of having the small electric heater on AND the electric hot plate to heat water for coffee. It blew a fuse!!  Later today (mid-afternoon) I’ll have to move my unique composting toilet, and unload the closet to get to the fuse box. (Picture taken yesterday through front window of my T@B trailer.) 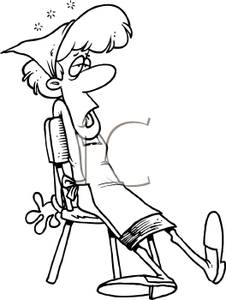 Postscript, Friday, December 27, 2013, 4:30 PM: I was blessed with a couple of hours of sunshine, and warmth, mid-afternoon Christmas Day (between meals). I managed to restore electricity BUT found I had lots of mold in lower kitchen cabinets. Whew, what a big job that was!! Remove items, sit on the floor and maneuver into uncomfortable positions, and scrub away the mold. Then I positioned the little electric heater so it would dry out the cabinet. Later replace items. ~~ Too much exercise; too many gymnastics!!

After entering seven “code” numbers, my TracFone was finally activated!! It was 11:18 AM–exactly six weeks after I first attempted to activate a new phone (with old number).

You are about to program your TRACFONE.

After following the steps below, and your TRACFONE display indicates “CODE ACCEPTED”you MUST click the “Code Accepted” button on the computer screen below for your phone to be properly programmed. 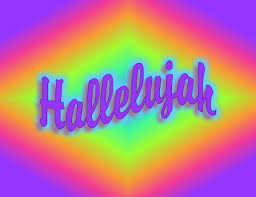 Comment: I received an LG 236C cell phone. They are selling for $19.99–or less. Rhetorical question: In the interest of “good will” for a longtime customer, why didn’t they send that phone five weeks ago??

Postscript, several days later: In my humble opinion, the height of ignorance; I missed the call and it went to voice mail. Heather phoned to ask if I received the phone. The fact that I did not have service apparently did not register with alledged “customer service.” Remember, no reception with the old phone. If I had not received–and activated–the new phone, I wouldn’t know she called. Obviously it never occurred to her to call my land-line contact number or send an email message. 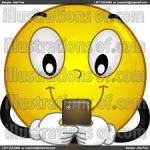 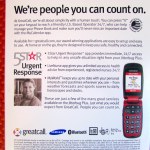 After my TracFone Nightmare, a Jitterbug phone was–by necessity–my next purchase. It works on Verizon networks. Folks using Verizon phones–here at CARE and the RV Park–are very happy.

It was absolutely, positively necessary for me to have a cell phone for my volunteer responsibilities!! Our Facility Director (Administrator) wants all the residents to have a Jitterbug phone with “Five-Star“ service.

Gospel truth: Activation of my Jitterbug phone (on-line) was very simple and took less  than one hour. After activation, I did not read the manual; I relied on previous experience to set-up. I could not figure out how to get the phone off vibrate so it would ring. I called Customer Service and immediately had a bona-fide, warm-blooded, English-speaking representative. She knew (knows) her product and quickly provided the answer. (“When all else fails, read the manual.”) ~~ I affirmed her repeatedly for prompt and thorough service. I shared with her my “TracFone nightmare.”

The Jitterbug is very “senior friendly.” It is extremely easy to use (IMHO)!! I recommend it (not that I carry any clout). I speculate Jitterbug lives up to their message “We’re people you can count on.”

Comment: For obvious reasons, I did not publish this message until my TracFone was finally activated. If representatives at (and for) TracFone knew I had a working cell phone they might have prolonged my agony?! ~~ I did not want to sacrifice 1800 minutes (thirty hours) and service until May 30, 2015.

Here’s the latest facts regarding my battle with TracFone.

We would like to send you a new sim card, please verify your address. We have two address on file.

Heather, a very sincere THANK YOU !!

Wishing you a very Merry Christmas!!

I will be sending you a card today via FedEx and you will receive it tomorrow.

Please call me Tomorrow to fix your phone issue.

True story: Heather had not read my blog!! The SIM card arrived…; I called…. My first question: “Heather will this SIM card pick up a signal from a Verizon tower?” I continued by saying “It will be a waste of our time to install the new card if I can’t access Verizon.” ~~ Heather said “You have service….” ~~ “If you’d read my blog, you’d know there is service in Livingston but not six miles out in the country.”

To her credit, Heather was very pleasant. She said she would send me a CDMA phone and mentioned one model by name and said “It has tiny keys.” I said I’m so desperate to have service I’d take whatever CDMA was available. I added “I’m almost 79 and it might be difficult but better than no service at all.” ~~  Heather said “Oh, this won’t do at all. May I call you back later? I’ll check the stockroom to see what we have.” ~~ She called to tell me a new phone would be coming “overnight” via FedEx. (She had the CARE Center land-line phone number.)

Looks like Heather, or someone, visited my blog (see copy from my StatCounter). ~~ Again, contact from the Philippines. ~~  Headquarters in Florida??

The phone arrived this morning–Thursday, December 19, 2013. (An LG 236C.) I followed instructions on the package: insert battery, charge the phone, etc. Then I called Heather’s number and was told her hours are 8 until 5 Eastern Standard Time. I said “It’s only 4 o’clock there; 3 o’clock here.” The operator said “She is not available. Her hours are 8 until 5.”  (Like a broken record, a voice with an undetermined accent.) ~~ I attempted to “activate” via the TracFone website but the process must happen from my “active” phone to my new phone. IMPOSSIBLE!! I don’t have service!!

Some progress. Waiting for actual activation. Below is information copied from the computer screen.

What would you like to do now?
Activate Phone
Go to Apps & More
Check Balance / Service End Date

Your phone number is in the process of being switched between carriers. Please click here to check on the status of your ticket.

(I deleted my serial number & removed the active links.)
Add Nickname
Your phone number is in the process of being transferred.
Phone Tutorial

At this moment there are no options available for this phone. For more details, please refer to the message displayed above the phone’s picture.

Note: One day short of six weeks since I received the first “new” TracFone.