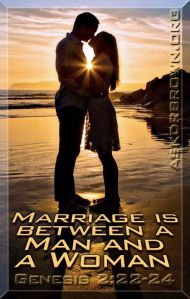 While it was cool enough to work outdoors, I began to unload the T@B teardrop trailer. Ninety-nine percent was travel-related items but most had previously been stored in the back of my KIA (while traveling). It’s time to put a shine on everything?! I’ll find some way to re-package the things for a potential buyer.

I’m pleased with the responses to my ad on eBay. With 20/20 hind sight, I did not document sufficient information in the ad. I’m having to answer questions–and I hope that will satisfy the lookers. I had hoped that hyperlinks to my Tab Teardrop Trailer Travels blog would provide a broad picture of the trailer–but eBay doesn’t allow links. Had I known–before I started the ad–I could have prepared more pictures. C’est la vie!!

Now I have a living room floor cluttered with personal “stuff” removed from the trailer–and will make decisions about “toss” or “donate.” I’ll make decisions… during the heat of the day, in the comfort of my air-conditioned “larger” trailer.

(“Incredible” because that’s a lot of stuff from a very small area!!)

I don’t have money

to travel; it’s a shame to let the trailer sit there and deteriorate!!

Of course, advertising it on eBay is no guarantee that it will sell. But I finally took a step in that direction.

Remember my several blog messages about TracFone Nightmare? Well, I’ve had a Yahoo Nightmare. I’ve tried, unsuccessfully, to get to the T@B Forum Marketplace. I’ve spent HOURS on the Internet the last few days (too hot to be outdoors). I planned to advertise the trailer on the site where (conceivably) interested individuals would shop.

Remember my several blog messages about the spy camera in the Bluebird house?? Yesterday, I attached the lead-in to my TV so I could watch the new House Sparrow babies. The television message: “No signal.” Obviously, I’m not going to disturb the nest to adjust the camera.

The heat is miserable!! This is not a very enjoyable week!! It started poorly–last Sunday–when I opened Pandora’s Box. Missing Little George Havens Cowboy Camp Meeting makes me depressed!! (See where I’m coming from when I titled this “Bleeding Heart”??)

Confession: I wrote most of the above last night. I was emotional and could not sleep. However, it is two PM and message not yet published. Actually, I am “home” for the first time since eight o’clock. It has been a strange day and I’ve psychoanalyzed my actions as a way to comfort my bleeding heart: “Don’t think about the eBay listing.” First: Pancake breakfast in the CARE Center Dining Room (and I rarely “do” pancake breakfast). Second: Walk to the residence in the RV Park where an auction was to be held. I spent time looking and taking pictures. Left early; did not buy anything. Third: Met an RV’er on my return and visited with him for half-an-hour. Back in the area with CARE resident residences, I stopped to talk with one man who was washing his truck, followed by a visit with a lady about her plants. Fourth: Visit with volunteers inside the CARE Center when I stopped for a cup of coffee. By then, it was 11:30 and a friend (from the RV Park) came in (for lunch). She had a gift for me: A wonderful heavy-duty brass nozzle for the end of the garden hose. (I didn’t tell her I already had half-a-dozen [plastic].) Fifth: I actually got excited over the quality of the nozzle and rushed home to try it out. Wow!! The “power” spray is awesome!! I quickly hosed the debris off the patio and sidewalk, and filled the fountain with fresh water. Sixth: Lunch… and lingered in conversation. Seventh: Home at two.

Actually, it is cooler today (but still hot and humid) and I should drive to my storage unit and pick up the original T@B table and swap it out for the smaller plastic table. But, better wait (procrastinate) until early morning when it isn’t so hot!! The outdoor thermometer says ninety degrees but (here in Texas) they add eight or nine more degrees for “feels like….”

“No, I didn’t spend time in the garden.”

My favorite Houston meteorologist bumped up the “feels like” temperature the last hour.

…my tiny T@B teardrop travel trailer and I were at Little George Havens Cowboy Camp Meeting.

Read about the entire event in chronological order. 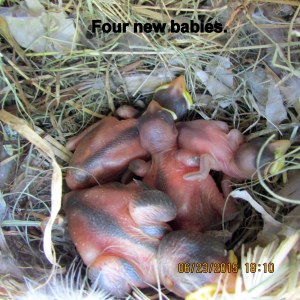 “Curiosity killed the cat, satisfaction brought it back.” I carried the ladder to the “Bluebird” house so I could check the nest for eggs. Oops, too late!! Four new baby House Sparrows. Check my blog message titled Lonesome George for details about the father.

Seven PM update: Oh no!! OMG, George is being a bully!! He won’t let the Bluebirds get to their mealworm feeder!! (Hopefully, a picture later.) 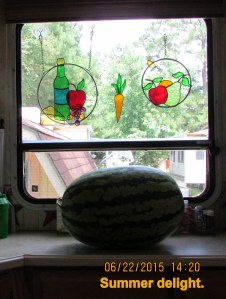 It’s nine o’clock and I’ve been forced to close my door and turn on the air-conditioner. I spent an hour in the garden nipping “dead heads” and watering plants–but forced indoors at this very early hour. I’m covered with bug bites and scratching continuously!! But on the positive side: Watermelon. 🙂 I love watermelon!! Yesterday I bought two from a nearby roadside stand–and donated one to the CARE kitchen and it will appear for our noon (and evening?) meal.  ~~ This big guy was cut into cubes and stored in containers in the refrigerator. ~~ Last night, one talented widower resident delighted three widows with a delicious homemade meal. Yum-yum!! One lady brought green salad; I provided the watermelon.

FYI: The tiniest ants were invading my kitchen counter 😦 shortly after I started cutting the watermelon. Wow, they must have a wonderful sense of smell, or fantastic radar system. I “thought” I did a good job cleaning the counter, and sink, but found ants (this morning) in the sink and around the drain. Persistent little creatures!! I’ve begun to keep my granola cereal, raisins, trail mix, etc., in the refrigerator. No “sweets” where ants can get to them.

Changing the subject: Another pest–the mole–dug new tunnels in my yard overnight!! The Solar Spike obviously does not seem to be a deterrent.  ~~ On the positive side (?): The ground under my garden must be as inviting to subterranean creatures as the above ground feeders to birds and squirrels!!