Gotta tell you: I spend an awful lot of time reading information on web sites.  I’ve just spent an hour trying to gain information about an owl that was quite vocal about 5 o’clock this morning.  From my recent search, I suspect it was a Great Horned Owl.  The call I heard doesn’t quite match the descriptions on the web but all the information suggests this is an ideal habitat for them.  Reading about their diet leads me to acknowledge that I have prepared a banquet table for Great Horned Owls.  They eat birds, rabbits, and squirrels (to name only a few).  With nine (9) miscellaneous types of bird seed feeders, I attract a wide variety of song birds.  In addition, I have a suet feeder for the Woodpeckers, mealworm feeder for the Bluebirds, and two (2) Hummingbird feeders.  I have five (“yes” 5) feeders dedicated specifically for squirrels.  Cottontail rabbits eat alfalfa pellets from a dog dish on my patio.  I have two (2) bird baths to supply water to my critters.  Until today, I did not know that I have a smorgusbord of food for birds of prey.  It makes me sad to think that one of my backyard visitors might have become dinner for an owl. 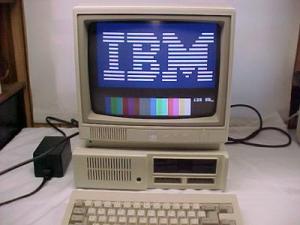 Twenty-two status symbols through the decades.  This is such a hoot!!  I love it!!  (Click the link [above], read the message.)  With over seven decades behind me, I can relate to some of the things listed.

I didn’t have a Commodore 64; I had an IBM-PC Jr.  It was my first computer and I have purchased new models every few years since.  I’m currently shopping for a new laptop computer.

Seven reasons why we have not “evolved” to eat meat.  Personally, I seldom eat meat because I don’t think it is good for my health.  But this article makes a good argument and I thought I’d share it with you.

Letting go of guilty clutter.  I suspect there is a super sleuth reading my e-mail messages–and reading my mind.  I can identify with the narrative!!  So why am I hanging on to baby clothes that I meticulously sewed in 1955, little garments worn by two baby boys??  My children aren’t interested in “my memorabilia.”  Why am I hanging on to two old trunks given to me by my grandfather??  (One trunk is over 77 years old but not a round-top steamer trunk with some antique value.)  ~~  Scroll back through my blog messages and see pictures of the bedroom wall with boxes stacked floor to ceiling.  (“Memorabilia.”)  The only thing I can say in my defense: “I’m slowly making progress!!”  Inch by inch, it’s a cinch.

Because I have a Sunflower growing with the Petunias, I was reminded of the amusing little story about a Lonely Little Petunia in an Onion Patch.  Well, specifically, this (lonely little) Sunflower is in a planter with Nasturtiums but Petunias are in adjacent hanging basket planters.  Earlier in the season, I removed foreign plants, and weeds, when they made an appearance.  This plant grew surprisingly fast and has very limited space for its roots.  I admire its perseverance!!