This recently-received obituary is a goldmine of information!! I’ve been documenting for five-and-one-half hours and I’m not finished. The families are intertwined and one name led to another, and another. Many of the progenitors were already in my Ancestry database. There’s never a stopping point. (Can I stop for breakfast and/or lunch now?) The dearly departed is the father-in-law of my fifth cousin. Frankly, the more I document… the man may be one of my cousins. It’s a matter of connecting the links. 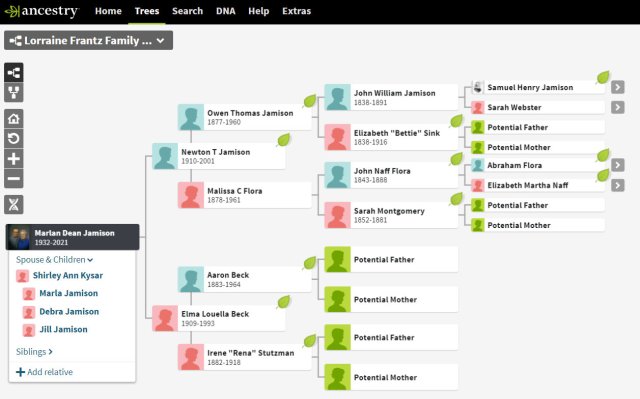 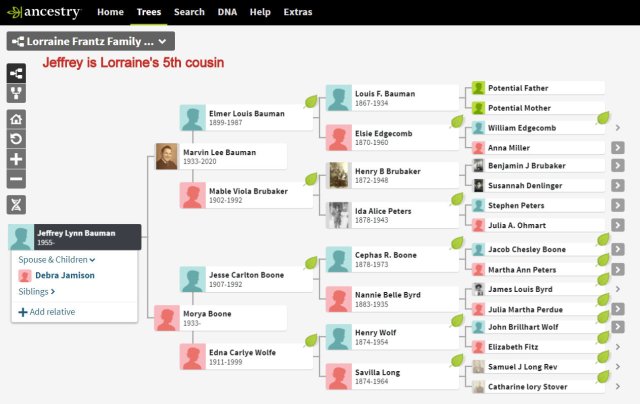 I need to be four people!! The past three days, I have worked with four (or is it five?) different branches of the tree. Two individuals contacted me and (obviously) I had to provide information.  Frankly, I found my information needed expanding so time spent on that endeavor.

Last night, I couldn’t sleep because I continually thought of “loose ends” and crept out of bed and wrote a note to myself—so I wouldn’t forget. ~~ It was a cold night but a beautiful day. I should be outdoors—in the carport—working on “downsizing.” ~~ But I’d rather “climb trees.”