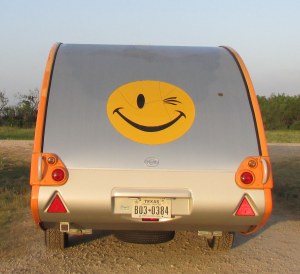 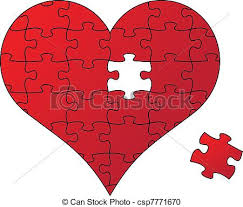 Did you read my blogs titled “Bleeding heart“ and “Because you asked…“ ? Interested individuals wanted more information about my T@B Teardrop Travel Trailer. Hopefully some, or most, of the seventy people “following” the item were impressed–and well-informed. I received several offers and turned down their low bid. I surmise some people were waiting closer to the end of the listing to make a serious offer.  ~~ Just for the fun of it, I prepared a subsequent blog titled “It’s a ‘guy’ thing.” I received positive feedback.

The first person who answered the ad, and expressed interest, lives less than one-hundred miles away–and came to inspect… and paid the full price “without batting an eye.” It is my hope and prayer that the new owner will love my T@B as much as I have.

Remember how radio announcer Paul Harvey used to give us “the rest of the story”? It has been my intention to donate my one-of-a-kind (in the United States) T@B to the RV (recreation vehicle) – MH (motor home) Hall of Fame in Elkhart, Indiana. In 2010 I spoke to them face-to-face and they provided documentation I could include with my Will. As I said, it has been my intention…. Recently I updated my wishes in a new Texas Will. I contacted RV-MH Hall of Fame to make certain everything was still “OK.” To my extreme disappointment, “they” would not assure me that my German-built, great-grandfather of all T@B trailers in America, would go on display. (Why not? It’s a classic!!) Furthermore, receiving it as a donation, they could do whatever they wanted with it. Sell it? Pocket the money?

This old lady has been hanging on by her fingernails (so to speak), financially. The precious little T@B trailer is the only asset. The decision was made to list on eBay. Although I am “computer savvy,” it took a couple of hours to prepare the ad and post four pictures. Well, that was insufficient information so I took more than seven dozen pictures, prepared the blog messages, and that’s the rest of the story –the rest of my story.