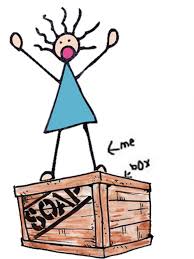 The FBI won’t harass this old lady but she, too, gets on her small soapbox and shouts “Make America Great Again.”

US President Donald Trump speaks alongside Mike Lindell (L), founder of My Pillow, during a Made in America event with US manufacturers in the East Room of the White House in Washington, DC, July 19, 2017. / AFP PHOTO / SAUL LOEB (Photo credit should read SAUL LOEB/AFP via Getty Images)

GREENWOOD, NEBRASKA – MAY 01: My Pillow CEO Mike Lindell speaks at a rally hosted by former President Donald Trump at the I-80 Speedway on May 01, 2022 in Greenwood, Nebraska. Trump is supporting Charles Herbster in the Nebraska gubernatorial race. (Photo by Scott Olson/Getty Images)