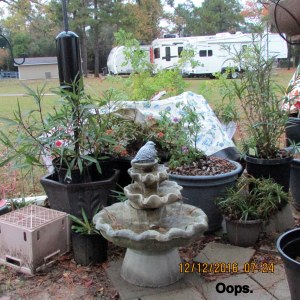 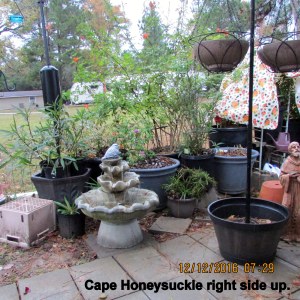 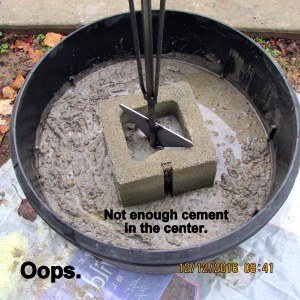 Because I had two bricks–and two sections–to support the center, I failed to notice (yesterday) not enough cement in the center. “Oops!!”

Four holes drilled… for drainage. Clear Rust-Oleum sprayed to prevent rust. I was amazed to see rust after (only) a few hours of rain and moisture. 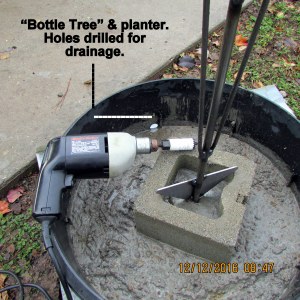 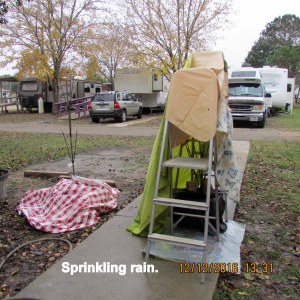 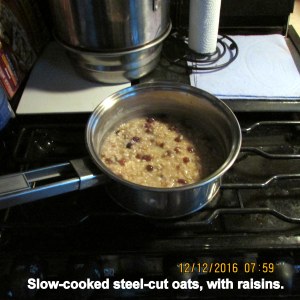 “Wimpy, wimpy, wimpy!!”  I hoped to “wiggle” the planter with “Bottle Tree” across the ground into position on the south side of my trailer home. I didn’t have Wheaties for breakfast; I had slow-cooked steel-cut oats! Planter just too heavy; I’ll have to recruit a man to move it.

Something to think about: A gallon of water weighs 8.34 pounds. I’m told I probably used three gallons of water when I mixed eighty pounds of Quikrete. Hence, the planter had/has (more or less) an additional twenty-five pounds. Let’s not forget the weight of the cement block I added in the center.